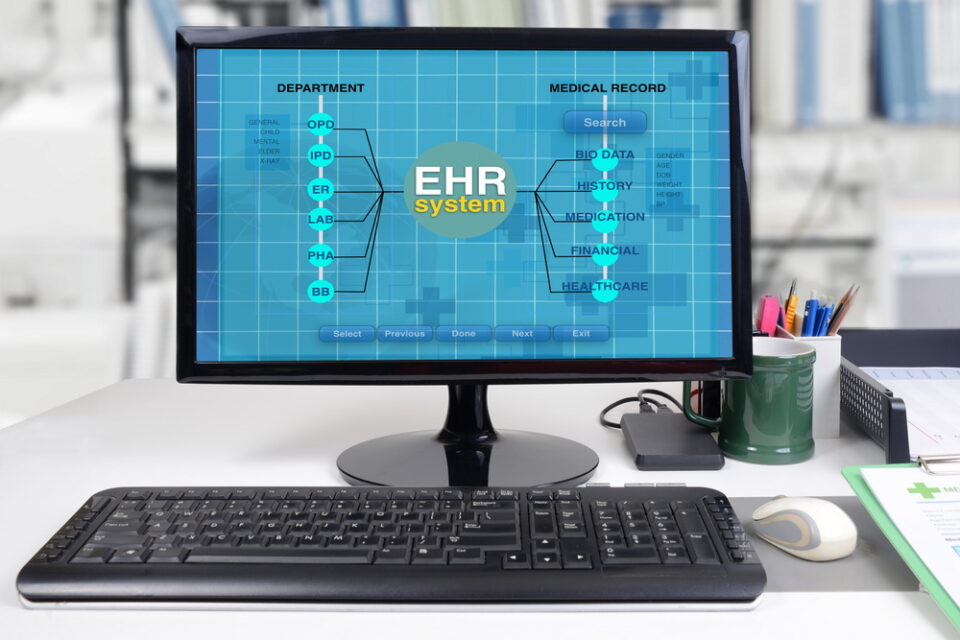 It was 2009 when Congress passed the Health Information Technology for Economic and Clinical Health Act (HITECH), a piece of legislation that was intended to streamline data collection and storage within the U.S. healthcare system. Mandating the use of electronic health records (EHRs) was part of the legislation. Some 13 years later, EHRs still haven’t lived up to the hype.

Proponents of the EHR system promised that it would streamline record-keeping at hospitals and doctor’s offices. Meanwhile, digital records would allow healthcare providers at multiple facilities to share information. Many years of collecting data would ultimately lead to better healthcare and outcomes by giving providers more data to work with.

So what happened? Why are EHRs not even close to delivering on their promises despite more than a decade of work? EHRs have a number of things working against them, not the least of which is proprietary competition.

When the federal government mandated the use of EHRs, they left implementation of the mandate up to the healthcare industry. That was probably for the better. Keeping government out of healthcare as much as possible is always a wise idea. However, the plan had an inherent weakness: competition and its effect on standardization.

As soon as the mandate was implemented, companies started producing their EHR platforms. Almost overnight, entirely new software systems were being developed. Software developers began competing for a seemingly endless stream of business from hospitals, private practices, healthcare clinics, and even government institutions.

If you are old enough to remember the PC wars of the 1990s, you have a good idea of what’s going on in the current EHR environment. Back in the day, Microsoft and Apple were competing for PC dominance. They both produced proprietary hardware and software. Their battle even spilled over into third-party software development.

Apple maintained an ecosystem with controls tight enough to force software developers to toe the line. Microsoft’s model was a bit looser, but the company still exercised heavy influence over third-party developers. Thus, you had proprietary differences in everything from web browsers to office suites.

It was the open document initiative that forced Microsoft to loosen up enough to allow other software developers to create competing office suites. Meanwhile, antitrust lawsuits filed against Microsoft in relation to web browsers opened the door to internet standardization.

The same proprietary interests and lack of standardization that fueled the PC wars is now preventing EHRs from reaching their full potential. iMedical Data, a company that specializes in compiling first-person healthcare data, explains that healthcare providers are still struggling to go digital more than a decade after the EHR mandate.

Doctors complain that their EHR platforms are too complicated. Different healthcare systems use competing platforms that do not communicate with one another. Different platforms store and analyze data differently, meaning a lack of compatibility between platforms makes one’s data completely unusable by the other.

EHRs have not yet reached their full potential. Whether or not they ever do largely depend on standardization. If companies can set proprietary interests aside and work on developing standards, good things will come of it. Otherwise, the market will remain fractured and EHRs will be limited in what they can offer.

Use these Overweight Workouts to Help You Lose Fat

Soaring Popularity of Aesthetic Treatments – The Benefits Go Beyond Aesthetics

Does Your Doctor Know You Are Using Cannabis?

When is Fat Freezing a Suitable Treatment?

When is Fat Freezing a Suitable Treatment?