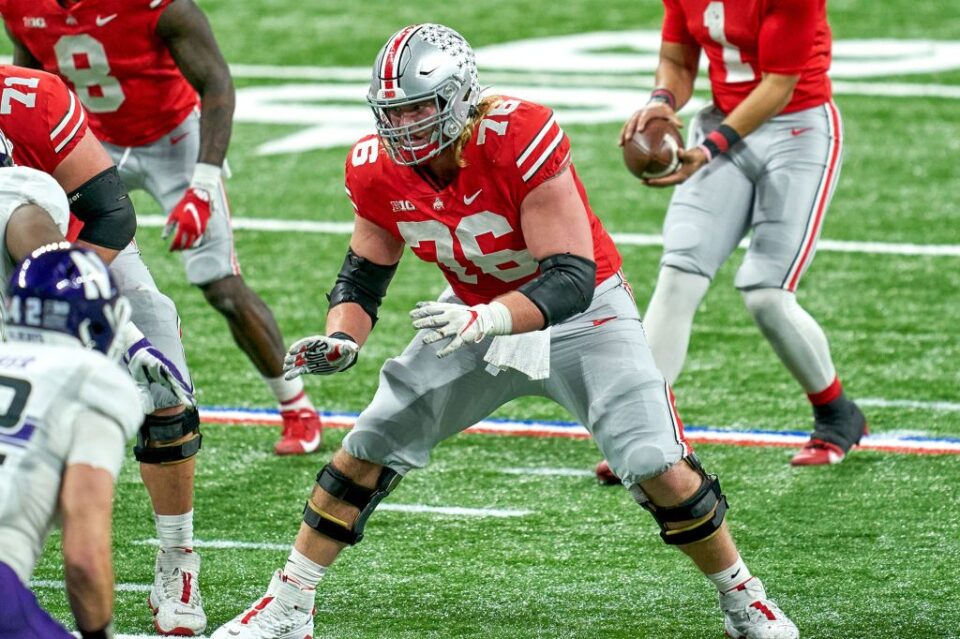 Ohio State offensive lineman Harry Miller is medically retiring from football, he announced in a letter Thursday, in which he recalled “my intention to kill myself” before the 2021 season.

In a message posted to Twitter, Miller said prior to last season, he informed Buckeyes coach Ryan Day that he intended to kill himself, and Day immediately put him in touch with the school’s mental health counselors, Dr. Candice Williams and Dr. Joshua Norman.

“I would not usually share such information. However, because I have played football, I am no longer afforded the privilege of privacy, so I will share my story briefly before more articles continue to ask, ‘What is wrong with Harry Miller,’” he wrote. “That is a good question. It is a good enough question for me not to know the answer, though I have asked it often.”

Miller was able to return to the team a few weeks later, after meeting with professionals, though his struggles did not end.

The fourth-year player described a despair in which he was prepared to be take his own life.

“At the time, I would rather be dead than a coward. I’d rather be nothing at all, than have to explain everything that was wrong. I was planning on being reduced to my initials on a sticker on a back of a helmet.,” he continued. “I had seen people seek help before. I had seen the age-old adage of how our generation was softening by the second, but I can tell you my skin was tough. It had to be. But it was not tougher than the sharp metal of my box cutter. And I saw how easy it was for people to dismiss others by talking about how they were just a dumb, college kid who didn’t know anything.”

A 4.0 student in Ohio State’s college of engineering, Miller said Day is finding a way to keep him involved with the football program, despite his retirement.

“I hope athletic departments around the country do the same. If not for him and the staff, my words would not be a reflection. They would be evidence in a post-mortem.”

The 6-4, 315-pound Miller was listed on OSU’s spring roster, but was not seen at Tuesday’s first practice of the spring, according to Cleveland.com.

Miller played in 20 games during his three-year career at Ohio State. The redshirt junior was an OSU Scholar-Athlete in 2019 and 2020. In the latter year, he was also an Academic All-Big Ten and Big Ten Distinguished Scholar.

4 ways to foster a workplace culture that champions mental health